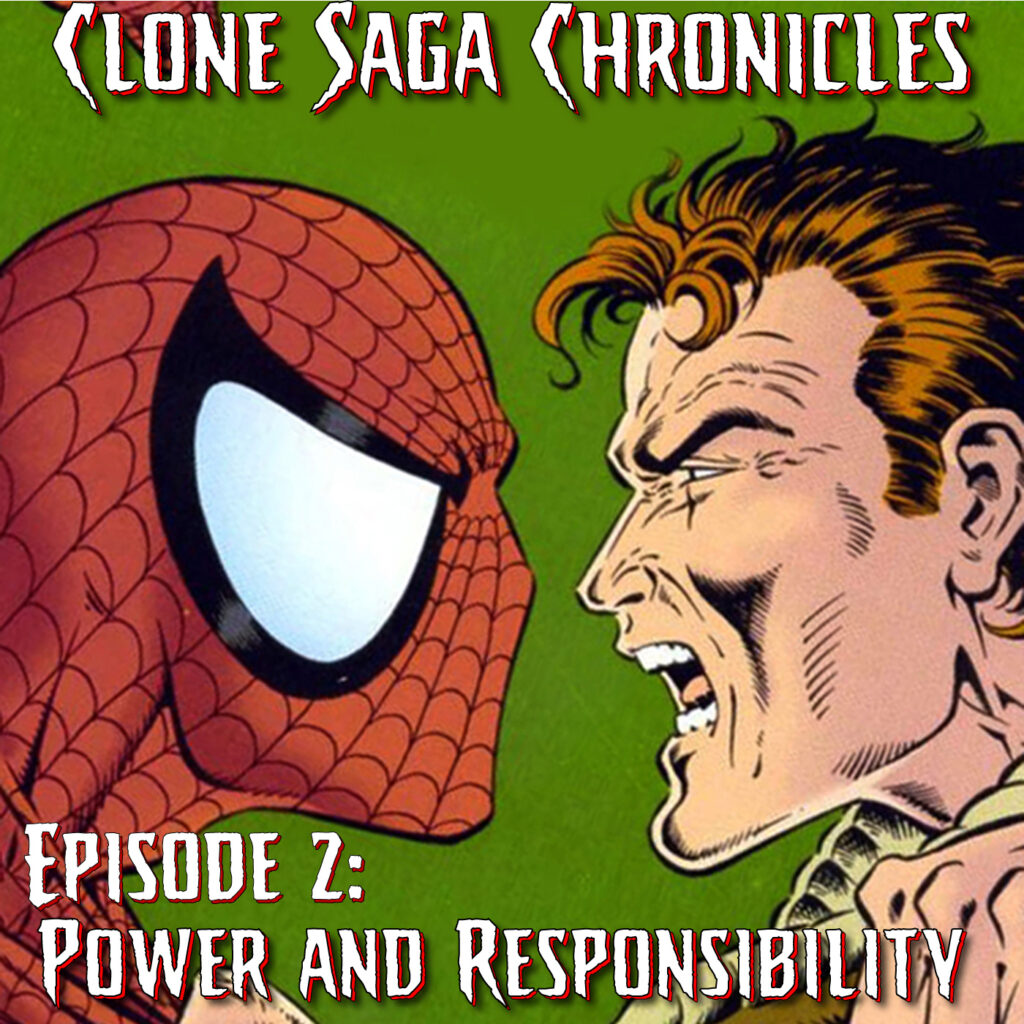 Episode 2 the show Clone’s itself with the first full episode with an entire panel, where Brandon DP Aka BDog and Gerard Delatour II (Spidertour02) where they cover “Power & Responsibility”
Issues discussed in this episode:
Web of Spider-Man #117
Amazing Spider-Man #394
Spider-Man #51
Spectacular Spider-Man #217

Original Tag: “The panel doubles (or clones) in size as we look at the Spider-Man books cover-dated October 1994. The “Power and Responsibility” arc.”